He should be arriving right about now.  Lunch is served in the cafeteria of the university hosting camp.  The celiac is a rising sophomore who got a spot on for the varsity basketball team summer camp.

This is a new phase of managing the diet for me.  I really don’t want to manage his diet anymore because in three short years he will be a rising college freshman somewhere who has to fend for himself entirely.  On the flip side, I would help him through the initial phase of learning the dining halls of whatever university he attends and so I helped out a little bit here.

On Monday I left a message for the director of dining and on Tuesday morning she called me back.  Here is the good news, they know all about celiac disease and gluten intolerance.  She chuckled as she asked if my son is likely to hit the salad bar, knowing full well that a perenially hungry basketball player needs more sustenance.

She also gave me the option to have specially prepared meals, such as a chicken breast, a baked potato and a sauteed vegetable, waiting for him at meal time and he would just have to ask for it from any of the kitchen staff.  My son declined that option and I think that is the right decision.  In the real world you aren’t going to have every meal specially prepared and waiting for you.

It might be a weekend of omlettes and bunless burgers for him if he chooses.  He might have pasta, if he decides to ask for it.  The bottom line is that he has options and the ball is in his court for the next three days.  Of course, he also has a stash of 30 protein bars in his bag and if he wants to live on those, that is okay too. 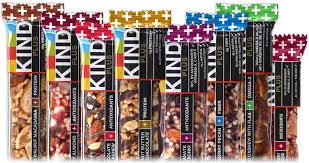